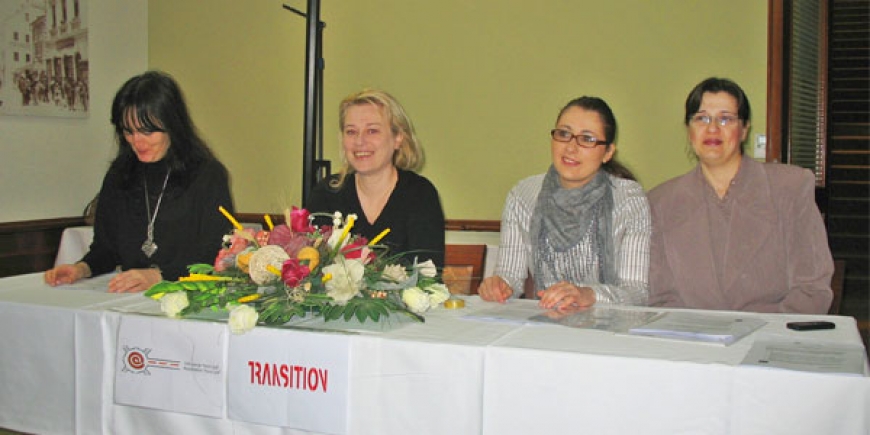 Bosnia and Herzegovina is a country of origin, destination and transit for men, women and children who are trafficked for the purposes of sexual exploitation and forced labor.

Victims from BiH are trafficked for sexual exploitation and forced labor in Azerbaijan, Slovenia, Croatia and other European countries. Women from Albania, Serbia, Kosovo, and the women and young girls from Bosnia were trafficked for sexual exploitation within the country. Local girls, particularly of Roma origin, were subjected to human trafficking, by using the forced marriages, for the purpose of domestic slavery. Boys and girls of Roma origin, some of which are only 4 years old, were subjected to forced begging by organized criminal groups.According to the State Department report for the previous year, BiH is in a group of Tier 1 (Level 1), meaning that BiH authorities fully comply with minimum standards for eliminating trafficking. The authorities have shown continuous efforts of the law enforcement and protection of victims of trafficking. However, the authorities have failed to carry out proactive identification of victims of trafficking, which is likely to result in their punishment for unlawful acts committed as a result of the fact that they were trafficked.In 2010, authorities identified 37 victims of trafficking, compared to 46 victims in 2009. Of the 37 identified victims of trafficking in persons, 4 persons were foreign nationals.According to BiH experts who deal with this issue, the police failed to use proactive identification techniques for trafficking victims, who are increasingly held in private locations nationwide, and is, therefore, a legitimate concern that many potential victims are not identified as such.
IN ORDER TO OVERCOME THESE SHORTCOMINGS AND TO RAISE PUBLIC AWARENESS ABOUT HUMAN TRAFFICKING Association "Novi put" in the period from January to December this year, implemented a project titled "Empowering and Streamlining the Prevention of and Combating the Trafficking in Human Beings in Bosnia and Herzegovina" in cooperation with NGO "La Strada "from the Czech Republic. Funding for the project implementation has been secured by the Ministry of Foreign Affairs of the Czech Republic through the Transition programme.All project activities have been implemented with the consent and support of the BiH Ministry of Security, Department for Combating Trafficking in Human Beings.

The project implemented a number of activities and achieved the following results:
Activities and results:
1. Mapping of the situation and prevention of human trafficking in rural areas;
2. Seminar for representatives of SIPA RO Mostar, MoI HNC and MoI WHC, in order to exchange experiences with members of the Unit for Combating Organized Crime from the Czech Republic regarding the latest trends in the identification of victims of trafficking, prosecution and sanctioning of this crime;
3. Establishment of the Coordination Group, consisting of representatives of the law enforcement agencies from HNC and WHC (SIPA and the Ministries of Interior), the cantonal prosecutor, representatives of social welfare centers, NGO “Vasa prava” and establishment of referral mechanisms;
4. Analysis of the situation of the Roma community in HNC, in order to prevent trafficking;
5. TTraining for NGOs to work on the SOS line and outreach work;
6. Training for NGOs from HNC on project proposal writing;
7. Raising public awareness through media about human trafficking;
8. Organizing campaign on the 18th of December, 2011, to mark the European Day against trafficking.
Association "Novi put" thanks the Ministry of Foreign Affairs of the Czech Republic,without whose financial support this project could have been implemented, as well as the partner organization "La Strada" from the Czech Republic;, Department for Combating Trafficking in Human Beings and the Department for Foreigners at the BiH Ministry of Security, the Ministry for Human Rights and Refugees, SIPA RO Mostar, HNC MoI, WHC MoI, the Center for Social Work Mostar, HNC Prosecution, WHC Prosecution, Ministry of Education, Association "Vasa prava", Local Communities Blagaj , Bijelo Polje, Vrapčići, Opličići, Donja Drežnica, SOS Kinderdorf Sarajevo and volunteers of the City of Mostar.