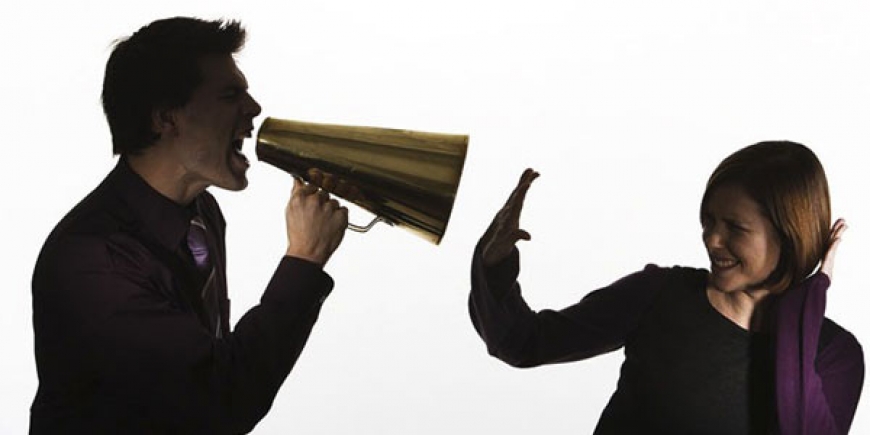 Mobbing is violence at work, which begins psychologically in communication, among people, and the first consequences of the mobbing are also of psychological nature.

The history of human communities is full of humiliation, maltreatment, terror and abuse. The mobbing, in its essence, also belongs to these phenomena, but is specific as being exclusively related to the work environment. The mobbing is a disorder in intra-human relations at work, resulting in huge influence on individual and the group of individuals in the work environment, and being transferred further to family and wider social community.

We speak about mobbing

BECAUSE, THE MOBBING THREATENS IMAGE, HONOUR, HUMAN DIGNITY, AS PRINCIPALS OF HUMAN PERSONALITY AND BASIC HUMAN VALUES. HUMILIATION LEADS TO ELIMINATION OF INDIVIDUALS FROM AN ORGANISATION.

Definitions of the mobbing

The Mobbing is a specific behaviour whereby one or more persons have been exposed, for a longer period of time, to psychological abuse and humiliation at work, for the purpose of threatening their image, honour, human dignity and integrity. This abuse often continues until the mobbing victim leaves the work environment. Psychological terror or mobbing begins and is maintained by hostile and non-ethic communication carried out by one or more persons, and is being systematically directed against individuals, who are pushed to becoming helpless and unable to defend, remaining as such because of the reiterated and constant mobbing.

Who are the mobbers?

Psychologists claim that the mobbers are the persons with personality disorder. They are less capable, but powerful persons, without capacity for love, joy, game, creativity, giving and sharing. They are easily joined by the weak persons, afraid of becoming victims. Through the mobbing, they cover their failure in another sphere of their lives (often private one, in marriage or family), forming a group around them, to prove their power and importance at the expense of the victim.

Who are the mobbing victims?

The mobbing victims are:

1. Honest persons who have spotted and reported irregularities at work,

3. Quiet and low profile persons, not inclined to arguments,

4. Persons who spot and voice problems out loud, intimidated, persons who are afraid,

5. Young people at the beginning of their working carrier, full of enthusiasm and new ideas,

7. Middle-aged and people at the end of their carrier,

How to recognise the mobbing?

The victim cannot voice her opinion in the work environment, or is being constantly disrupted. She is being ignored as if she doesn’t exist. She is being excluded from the social life at work. Any conversation stops when she enters the room. She is being more controlled at work than usual. She is being transferred to the office far away from other colleagues. She is given only senseless tasks well below her professional qualifications, or tasks that she cannot solve, or she gets new tasks, over and over again. She is constantly exposed to critics by being accused of failures which, objectively, never took place, and is being underestimated without grounds. She is being withheld important information. She is being mocked for the way she speaks, acts, walks, dresses... She is terrorised by phone calls.

How to get protected from mobbing?

Since psychological consequences of abuse at work are a reason for which people turn to professional help more and more often, it is clear that it was necessary to establish this association. If you feel that you are a victim of mobbing, discrimination or abuse of any kind, try to do the following:

Have patience: is the first rule to follow. The road in combating mobbing is long and hard, so get ready for a fight, which eventually you shall win.

Do not think that you are the only one: you are only one of many in this situation, so become organised in order to succeed.

Do not think of running away , stand up: the first thing which comes to mind of a victim is run away and escape the stress, by leaving the job. Take a leave of absence from work (or sick leave) only when necessary. Instead, use holidays or free days.

Do not be depressive and keep the diary. Keep copies of letters, e-mails, faxes, messages, decisions and claims you send or receive from the mobber. Turn for help to psychologist, trade union representative, personnel officer, or health and security committee in accordance with existing collective agreement and law.

Be aware of the consequences ,of psychological and physical nature caused by the mobbing. The symptoms can be psychological (anxiety, depression, panic attacks, etc.), physical (insomnia, migraine, appetite loss, stomach acid, heart conditions, libido changes, etc.) or behavioural disorders (loss of self-esteem, feeing useless, etc.). All listed can facilitate you in documenting biological damage caused by the mobbing, which leads to the compensation claim.

Turn to the closest mobbing association or counselling centre.

Request from physician in charge to determine that deterioration in your health condition is caused by the mobbing at work.

Make sure you contact an authorised representative of trade union and inform public opinion through media.

More in this category: « Important information about Trafficking in human beings Trafficking in Persons Report 2018 »
Login to post comments
back to top
Top 4
News
Activities