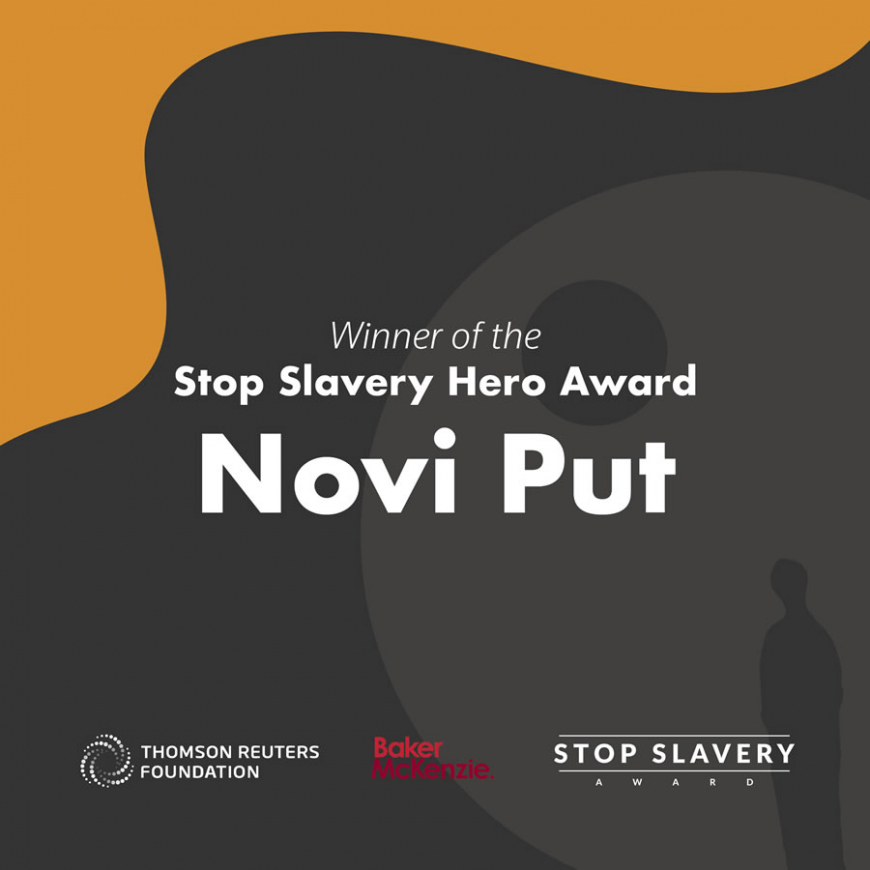 We're so proud to have won the Stop Slavery Hero Award by the Thomson Reuters Foundation for our crucial work helping stamp out exploitation.

It's an honour to be celebrated by the Thomson Reuters Foundation alongside other pioneers that have made it their mission to end slavery. https://tmsnrt.rs/3vp8iau

Association „Novi put“ has won the global 2022 Stop Slavery Hero Award of the Thomson Reuters Foundation. The Stop Slavery Award is an annual initiative led by the Thomson Reuters Foundation, a UK-registered charity that recognizes and celebrates those dedicated to combating all forms of modern slavery and human trafficking.
This award was established to recognize organizations from around the world who have made a significant impact in the fight to eradicate modern slavery and human trafficking, one of the most important humanitarian issues in the world.

The Thomson Reuters Foundation - Stop Slavery Award is considered one of the most important global recognitions in the field of humanitarian work and media.

This is another important international recognition that the NGO "Novi put" received for its engagement in the field of protection of women's and children's rights and prevention of human trafficking. We remind you that the Association "Novi put", as the only organization from BaH, has already received the prestigious international award for combating child trafficking and sexual exploitation of children, which was presented to them by H.E. Queen Silvia of Sweden at the suggestion of the Swedish Foundation "Child10" in 2021.

View the embedded image gallery online at:
http://newroadbih.org/index.php/en/news/item/649-novi-put-awarded-2022-stop-slavery-hero-award-by-the-thomson-reuters-foundation.html#sigProId6dd9149002
More in this category: « PRESS RELEASE - "NOVI PUT" NOMINATED FOR ANOTHER WORLD-RENOWNED AWARD "Novi put" representative a panelist at the side event during the UN Human Rights Council »
Login to post comments
back to top
Top 4
News
Activities

"Novi put" representative a panelist at the side

Award of certificates after internship at the

News
Association „Novi put“ has become a member of the