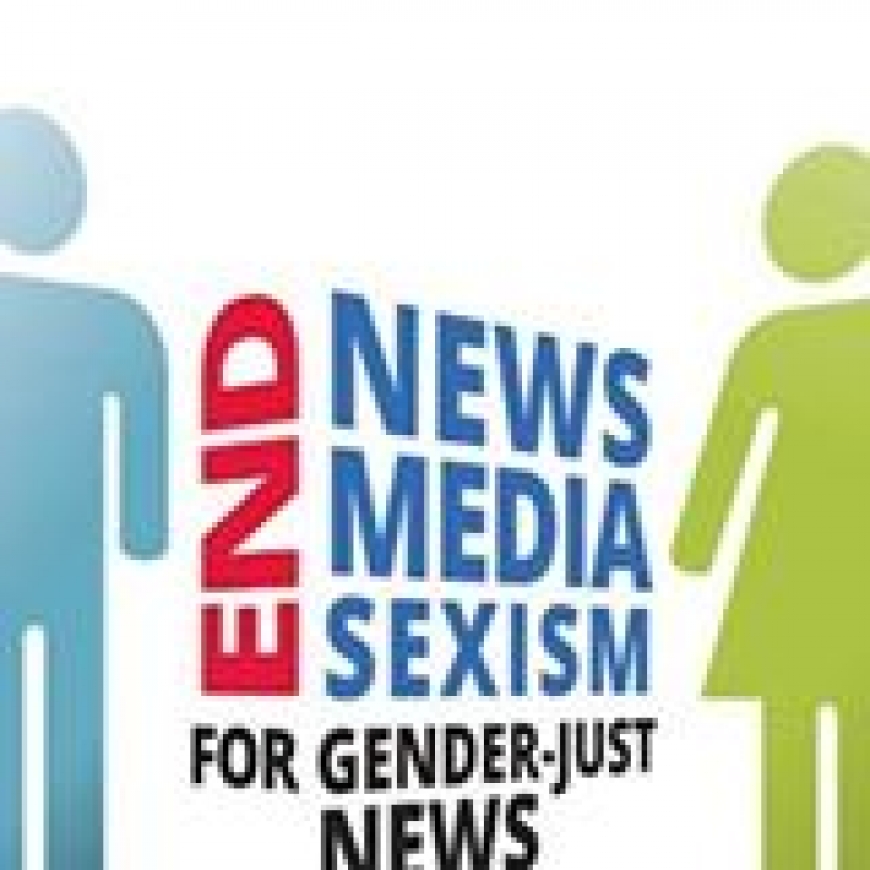 
Today the World Association for Christian Communication (WACC), the Global Media Monitoring Project (GMMP) Network and other partners have launched a campaign to end news media sexism by 2020.

The campaign start date coincides with Human Rights Day to underline gender equality in the media as a human rights issue.

The campaign aims to support and highlight intensive efforts in several countries with the hope that new evidence will emerge on strategies that work to bring about fair and equal representation of women and men in the news media.

“This is a call for action to all those who are committed to gender equality. Media have a significant impact on how we perceive our reality” comments Rev. Dr Karin Achtelstetter, General Secretary of WACC. “The campaign will tackle these issues and challenge media outlets to take professional ethics for gender-fair practice seriously.”

WACC is the General Secretary of the Global Alliance on Media and Gender (GAMAG), a global network of media organisations, civil society and other actors interested in gender equality in and through the media.

The campaign follows on the heels of the launch of the Step It Up for Gender Equality Media Compact by the UN agency responsible for gender equality UN Women to urge media organisations to play their part in advancing gender equality and women’s rights.

The campaign is informed by the results of media monitoring research by the GMMP network in 114 countries.

Conducted over a 20-year period, the research found persistent severe disparity between news media portrayal and representation of women and men. On several key indicators of gender equality in the media, the research revealed that progress had either slowed down or ground to a halt.
EMBARGOED UNTIL 10 DECEMBER 2016


The “End News Media Sexism” campaign takes a variety of approaches to bring about news media accountability for gender equality.

Various tools are provided for audiences to gain a critical awareness of gender issues in media content and to engage with their local media. The tools available at http://whomakesthenews.org/advocacy/end-news-media-sexism-by-2020 include a scorecard on which media will be rated on their performance on key indicators of gender-sensitive reporting.

For more information, please visit the campaign website at http://whomakesthenews.org/advocacy/end-news-media-sexism-by-2020 or contact Sara Speicher, This email address is being protected from spambots. You need JavaScript enabled to view it., +44 7821 860 723 or +44 7985 276 515.

The World Association for Christian Communication (WACC) promotes communication as a basic human right, essential to people’s dignity and community. WACC works with all denied the right to communicate because of status, identity, or gender. Read more at www.whomakesthenews.org and www.waccglobal.org.
Tweet

More in this category: « The representative of the Association „Novi put“ took part at the 2nd Annual Commemoration of September 18th WARP Summit Turkish Agency for International Cooperation and Coordination (TIKA) supporting anti-trafficking efforts of the Association Novi put »
Login to post comments
back to top
Top 4
News
Activities

Preparatory online workshop on the occasion of

Statement on Support to Anti-Trafficking Civil

Activities
Roundtable on the theme "Rules for the Protection

Activities
ENPATES AND LSI platforms held in Rome from april