In 2018 Novi put completed implementation of a project titled “Prevention of Human Trafficking and Child abuse through internet in Herzegovina Neretva Canton and Sarajevo Canton“ that was funded by the State Secretariat for Migration SEM of the Swiss Confederation. During the project implementation a survey among 2300 elementary school and secondary school students from Herzegovina Neretva Canton and Sarajevo Canton was carried out aimed at gathering information from the grassroots about the current situation related to child abuse through internet and trafficking in human beings. Prevention and Education team was holding lectures and workshops for students, parents, teachers and general public through the said Cantons aimed at awareness raising about ways of protection from child abuse on internet and THB. The events were used to inform the participants about the methods of recruitment of girls for purpose of production of pornographic materials. Abuse of girls by their own boyfriends was also tackled at all awareness raising events and the fact that public posting of explicit photos by boyfriends very often result in publishing those photos on pornographic web sites. During grass-root campaigns information and promotional materials were distributed through face-to-face approach in the aforementioned towns and their respective rural communities, during the street campaigns as well as to representatives of relevant institutions. The Help Line for reporting actual and potential THB cases, provision of initial psychological assistance and further referral, as well as providing information on safe migration was in function during the project implementation. The project activities and goals were  The project was also presented at two major events – the European Anti-Trafficking Day held in October 2017 and the Safe Internet Day held in February 2018 that gathered ES students, but also parents and representatives of numerous relevant institutions. The Project and its activities attracted attention of lot of news media. The media coverage significantly contributed to awareness raising about the issue of THB and promotion of project activities, especially when it comes to the Help Line. 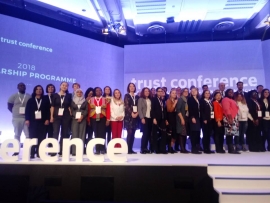 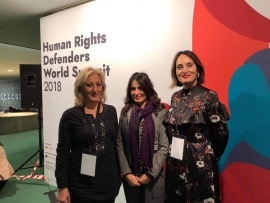 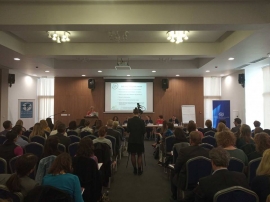 Activities
“Novi put” has started implementation of an

Activities
Prevention and Education Activities of